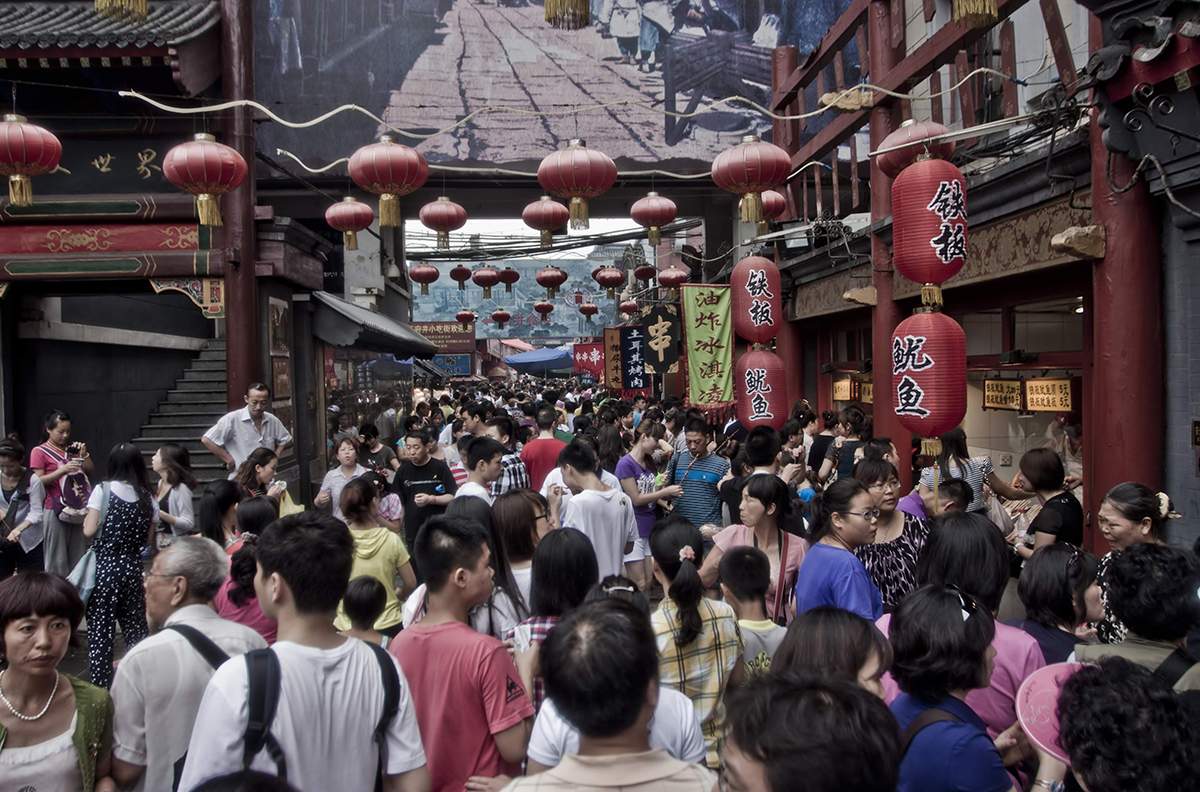 China, with over 1.370537 billion people (including Hong Kong, Macau and Taiwan) as of April, 2011, is without doubt the most populous country in the world. According to the census at the end of 2010, the ratio of the sexes is about 51.27% male and 48.73% female. Some 49.68% of the population resides in the urban cities and towns while the rest is in rural areas.

China has almost 20% of the world’s total population. To  control rapid growth in the population growth and to ensure quality of life, ‘Family Planning’, is one of the basic state policies, since 1978. As a measure to avoid over population, late marriage and postponement of childbearing means fewer but healthier babies, something that is greatly encouraged by the government. In 1979, China became the first country to launch the ‘one child per couple’ policy.

However, for those who endure more strenuous lives in countryside and where there is a greater need for manual labor, they are allowed to have their second baby several years later after the birth of the first one. A more liberal policy is also followed in ethnic minority areas. Generally, two children are allowed for one family, sometimes three. For extremely underpopulated minorites, there is no limitation on childbirth.

The statistics from the latest census at the end of 2010 reveals that China’s population challenge has changed to disappearing of demographic dividend, low birth rate, an aging society, and a widening gender imbalance. More and more population scholars and professionals call for a new population policy in China. From 2009, a relaxed one-child policy has been applied in most provinces that couples are allowed to have two children if both of the parents are only children. From 2013, an upgrade two-child policy has been gradually applied in some provinces that couples are allowed to have two children if one of the parents is an only child. Experts and scholars predict that two-child policy will take the place of one-child policy in China in the near future.

China is a multiracial country consisting of 56 ethnic groups, the most populous being the Han who form about 91.51% of the country’s total population, while 8.49% are other 55 ethnic minorities. All the ethnic groups live together over vast areas while some live in individual concentrated communities in small areas. Although there are fewer people within the minorities, they are widely distributed throughout the country.

Yunnan Province is the most multi-national region where there are 25 ethnic minorities. The minorities mostly have their own religious beliefs, the freedom of which is highly respected and legally protected by government.

The Chinese are industrious, hardworking, peace-loving and a strenuous nation, while the numerous people are hospitable, conservative, modest and in general easy to approach.

Nowadays, Chinese enjoy a higher standard of living, with greatly improved facilities for education, a fact that contributes much to the overall quality of life for the entire nation. Economic growth means that in time those in the poorer regions will enjoy a higher standard of living but with such a large population these improvements take time. There has been a distinct improvement in the status of women; while rights of senior citizens and children enjoy more protection and care. Chinese society has become more open, accommodating and self-sustaining in these new times. However, the people never forget to carry forward and develop the traditional Chinese virtues while they are willing to accept new ideas and try new things.