Of the total number of species found globally, 3.96 percent mammals, 3.72 percent butterflies and 8.9 percent of birds. Wildlife of Nepal is officially classified into two main categories: common and protected. The common category lists such species as common leopard, spotted deer, Himalayan tahr, blue sheep and others. These species are commonly seen in the wild. The protected species include 26 mammals, nine birds and three reptiles. These rare animals are confined to their prime habitats.

Mammals:
Nepal has 185 species of mammals found in various parts of the country. Found in Nepal’s dense Terai jungles are exotic animals like the Asiatic elephant, the one-horned rhinoceros, the Royal Bengal tiger among others. Also found here are the leopard, monkey, langur, hyena, jackal, wild boar, antelope, wild cat, wolf, sloth bear, chital or spotted deer and barking deer. Wild buffalo locally called “Arna” is found in the Koshi Tappu region. The western Terai jungles of Suklaphanta is home of the of swamp deer, while the endangered blackbucks are found in the Bardia region. Nepal Government has made an effort to preserve blackbucks by declaring an area of 15.95 sq. km. in Bardia as Blackbuck Conservation Area.
Nepal even has its own variety of dolphins found in the fresh waters of Narayani and Karnali rivers. The Himalayan region is also home to the elusive snow leopard and the red panda. Red panda, a rare sight because of its shy nature, may be found from Langtang region to Kanchenjunga region. Other mammals that live in high altitude areas are yak, blue sheep, Himalayan tahr and musk deer.  While otters are found in the Rara region north west, the Dhorpatan hunting grounds is home of the blue sheep and Himalayan tahr.

Reptiles:
Nepal has two indigenous species of crocodile: the fish eating gharial with the long narrow snout and the marsh mugger which is omnivorous, eating anything it can catch. A very successful breeding project has brought the gharial back from extinction. Some of the snakes found in Nepal are: cobras, kraits, vipers and the Indian python. Other reptiles found in the country are turtles and monitor lizards. Some of these reptiles can be seen in the Chitwan National Park and Bardia National Park.

Birds:
Nepal has more than 850 recorded species of birds. Amazingly, half of these birds can be seen in and around the Kathmandu valley alone. The hills around the valley especially Nagarjun, Godavari and Phulchowki are popular birding areas. Phulchowki at 2,760 m boasts about 90 bird species including the endemic spiny babbler, which was thought to be extinct until it was spotted in Nepal. Another rare species of bird, the red-headed trogan, was also sighted here in April 2000.

National parks like Chitwan and Bardia harbor a wide variety of birds too. In Chitwan, endangered vultures are being protected from contaminated food by establishing “Vulture Restaurant” which feeds them safe carcasses. The Koshi Tappu region is home to a large species of resident and migratory birds. It has about 26 varieties of ducks alone. About 485 species have been sighted here, including black ibis, honey kites, ospreys, black headed orioles, peregrine falcon, partridges, ruddy shelduck, storks, vultures and eagles among others.In the higher Himalayan region are found different species of the raptors and birds of prey. Nepal’s national bird, the Danphe or impeyen pheasant, is also found in the Himalayan region. A rare bird known as jerdon’s baza was sighted in Nepal. Over the past few years a conservation group has worked specifically in the Lumbini area to conserve the sarus crane. 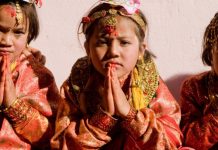 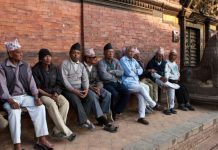 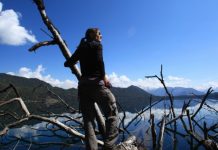 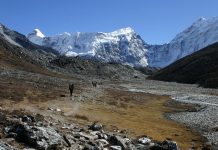 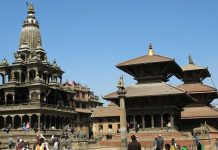